From 2009 – 2013, Callid Keefe-Perry served as coordinator of the TLA Network, transitioning in 2013 to chair the TLA Network Council, our leadership group. In the last year, Callid has worked closely with the council on strategic planning and on training our new chair, Emilee Baum. Here he shares his thoughts about his journal through TLA Network land, and in a beautiful way to transition again, he may be leaving the council, but he’ll also be one of our keynoters at the 2015 Power of Words conference.

On Nov. 1, 2009 my wife Kristina and I began as Coordinators-in-Training under Scott Youmans. Having first been workshop facilitators and panelists in the 2007 Power of Words Conference we were excited to join in forwarding the work of an organization full of folks that seemed to be a welcoming community. We eagerly began to learn of the history of the organization and help where we could. On 2/17/10 we first served as the coordinator of the network on a Council Call. It would be the beginning of years of connection to a powerful and inspiring web of artists, seekers, and agents for change and healing.

In the years that followed things were not always easy. In 2010 I began with a healthy balance in the bank. By 10/23/13, our lowest financial point, we were deep in the red. However, even at that most trying of moments we still held out for some hope and tried to imagine a way forward. Today that same bank account is very healthy again, we have no outstanding debt, and for the first time ever in the history of the organization we have agreed to become the employer of an executive director. But finances are hardly the only ways that things have grown. 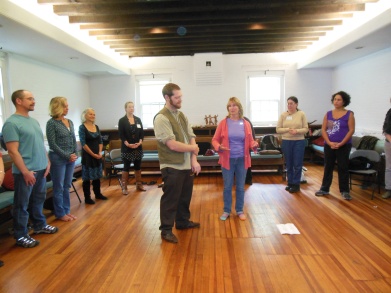 When I came on we didn’t have the ability to update our own website, needing to go through a contractor for every change. Now we not only have an easily updateable site but an integrated membership system with more features possible than we had even considered before. Between then and now we added not only TLA certification, but also Chrysalis, and online classes, neither of which existed when I started. As of tonight we have over 160 active members, a number up from the 87 when I began and far from the 36 we had at our lowest point. Yes, things certainly have changed, and while I’ve been proud to see it happen I can hardly claim personal responsibility.

Outside of the odd late night Power of Words event I can rarely point to moments that something happened specifically because I came to some rescue. I did what I could when I could, but truly, if it were not for the unflagging support and energy of others next to nothing could have been accomplished. Since I began more than 30 people have served as members of the Leadership Council, and many times that more have helped out with things at the Power of Words and in One City One Prompt. I’ve been able to be part of more than 100 Council Conference Calls and graced by the readings of 200 opening and closing Council poems. I’ve been able to develop relationships that I cherish and hope to maintain for years to come.

Kristina Keefe-Perry, and past council member Suzanne Adams holding Kristina and Callid’s then-baby (and first TLA baby!) Nahar — all happening at the Power of Words conference at Goddard College in Vermont 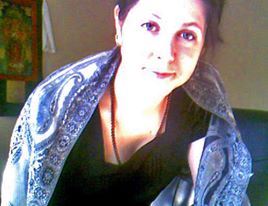 Ever since the Transformative Language Arts Network grew from Caryn Mirriam-Golderg’s inspired vision, its success has always been a result of those willing to give their time and energy to a project broad in scope and broader in heart. As I found my time increasingly limited I knew I could not see things through to their needs. Luckily, Emilee Baum has found her way to us and so it is with incredible gratitude and hope that I leave you all. In the past 6 years there were months that went by with only 3 or 4 people on Council calls. Now our numbers are greater and you all are about to have a chair with a vision and energy that will be put to great use in the next stage of maturation and focus. I’m grateful to leave this way and with the Network in such great health. Thanks to each of you for your contributions to that, and I look forward to seeing you in August.